25% phosphoric acid as an intermediate product 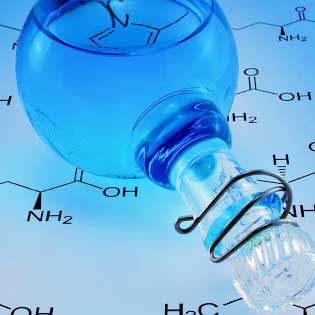 Uses and applications of phosphoric acid:

Application in agriculture: Most phosphoric acid is used in fertilizer production. Phosphorus is one of the essential elements for plant growth. Organic phosphates are compounds that provide the energy needed for most of the reactions that take place in living cells. Therefore, soils with phosphate fertilizers increase the growth of plants. Increase the concentration of phosphate in the surface of running water. Sewage water, which contains phosphate, can have the same effect. Nutrient-rich lakes use the increase in these dead plants to break down stagnant oxygen in the water. This reduces the level of dissolved oxygen to a point where it is not enough to support aquatic animals. To reduce the threat of lake eutrophication, many areas are removing phosphates from cleaners. In some cases, phosphates are replaced by carbonates. In other words, new cleaners are made in such a way that they do not react hard with water with calcium and magnesium ions.

Production of phosphates used in detergents such as trisodium phosphate and sodium triphosphate. Production of industrial phosphate cleaners: In the production of cleaners, phosphoric acid is used to soften water. Soft water without ٣ If they do not disappear, they form hard water, which ions with, calcium and magnesium ions, which form hard water, soap, forming insoluble sediments that cause stains on clothes during washing. To be. Phosphate salts are used. Most of the range of phosphorus compounds in the pure builder mixture of phosphoric acid is widely used in cleaners such as Na5P. Sodium tripolyphosphate is one of the solid solvents. Sodium tripolyphide, as a water softener, forms ١٠0١٠ phosphate with calcium and magnesium ions and forms a soluble component, which is a complex or total. These complexes prevent calcium and magnesium from reacting with the soap to prevent fouling. . Production of purifiers and coagulants in water and wastewater industry ٤ Consumption in food industry: Phosphoric acid is used in the production of acidic foods and carbonated beverages such as food grade ٥ mountains. The use of this substance gives a spicy taste to food and since it is a mass-produced chemical, it is available at a cheap price and in large volumes. As mentioned, the low price and high volume of production of this substance, or citric acid made from lemon and sour lemon extract, compared with natural flavors of ginger to give a spicy taste. Put in a better rank, it is used to give a sour taste

Production of animal and poultry feed supplements such as dicalcium phosphate. . Production of ignition suppressors for firefighting ٧. Use in plating industries ٨ (Iron tools or ٣. Application in iron rust removal: Phosphoric acid can be used directly to remove iron rust) Iron oxide ٩ Food and conversion of iron to water-soluble phosphates. After removing the iron rust, the produced iron phosphate is converted into a black iron phosphate compound, which can be used as a corrosion inhibitor. Phosphoric acid is used as a catalyst in the petrochemical industry. . Application in medicine: Phosphoric acid is used in dentistry and orthodontics as an engraving agent to clean and rough ﺢ tooth surfaces, especially in places where dental tools are used. Phosphoric acid is also used as a catalyst in the production of aspirin due to its high hydrogen ion and low tensile strength compared to hydrochloric and sulfuric acid.

Karoon Phosphate Products Complex CompanyLeaded in production and supplySodium tripolyphosphate in the country and the region.